If you enjoy a mystery then this is your man.  In the early part of his reign during the 18th Dynasty, the Pharoah Akhenaten (Servant of the Aten)  turned the great Egyptian Pantheon on its head.  After banning his people from worshipping national and local  gods, the king then set upon sacking all of the priests based in the temple of Thebes (modern day Luxor).    Accompanied by his beautiful  wife, her Majesty, the most Gracious Queen Nefertiti, in 1353BC Akhenaten  reallocated the capital of Egypt to his new found city of the rising  sun “Akhentaten, better known today as Tell El Amarna. Once the foundation stones had been laid and the new temples completed the Pharoah introduced  his people to a new monotheistic deity “The Aten” (The creator and the giver of life).  There are hundreds of articles and books about Akhenaten some saying he was a heretic others saying he was  Moses.  Some academics suggest that his strange elongated features was due to him suffering from “Marfans Syndrome.     There are still lots of unanswered questions  in Akhentatens history that will keep academics intrigued for another 50 years. Sadly the Amarna that Akhenaten envisaged did not survive for long and after his disappearance or death everyone returned to Thebes. All the priests were reinstated. The Aten was abolished and the old gods of the Great Pantheon were reinstated. This is a good book to read if you want to obtain a foundation about the Pharoah Akhenaten and the ground breaking  Amarna Age.

Wilbur Smith has been blessed with an amazing gift.  The ability (through the power of the written word) to whisk you away on an amazing journey through time.  When you open this book and start to read it, gradually everything and everyone becomes alive.  Suddenly you find yourself in ancient Egypt amongst the many colourful, fascinating characters and Smith’s extraordinary story telling.  The “River God” is a must for everyone that has a passion for ancient Egypt.  It is a book full of high adventure, deception, true love and passion, war, intrigue and revenge.  This book has been thoroughly researched by its author and portrays a brilliantly detailed account of life by the ancient River Nile.

3. The Priests of ancient Egypt 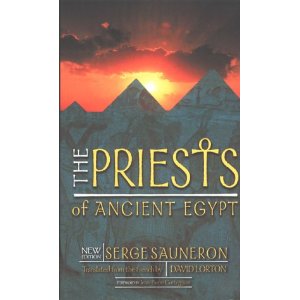 Translated from French by David Lorton, the author Sauneron uses his sources from the ancient Egyptian text to bring light to the role of the priesthood in ancient Egypt.  In this book the author addresses the priestly functions, the world of the temples, holy festivals, tombs and pyramids. Sauneron also goes on to describe the ceremonies of daily worship considered to be vital in preventing the world’s decent into chaos and he takes us deep into the sacred precincts of the temples – home to the divine statues in which a part of god was believed to dwell.  According to their writings the gods were everywhere in ancient Egypt.  Represented by statues, bas reliefs, and funerary paintings, it was believed that they even walked amongst the Egyptians in the person of Pharaoh considered to be a living god, son of the divine Ra.    One of the duties of the priests was to maintain these sacred effigies, to nourish, clothe, and protect them from attack by evil spirits. This is a must for anyone who wants to understand the workings of the ancient Egyptian temples and the power that the priest and their temples held.

To get to grips with  ancient Egyptian religion, its Gods and Goddesses and their roles in the great ancient Egyptian pantheon, it does help if you try and learn about each deity as a separate entity and at the same time  make sure that you consider their individual strengths, weaknesses and their purpose for being. In this book the author has managed to provide the reader  with an insight into the complex story of Isis  (mothers of all mothers)  and  Osiris (God of the Underworld) from a variety of perspectives. Isis and Osiris were said to be born from the God of the earth and the Queen of the sky. They were also known as brother and sister who fell deeply in love whilst in their mothers womb, wife and husband, king and queen and finally God and Goddess.There are many books, essays, and articles, both scholarly and popular, about Isis and Osiris. However this is one of the first books that actually attempts to illuminate the story from the perspective of people who are in our present day, worshipping, devoting themselves to, and even, in one sense or another, embodying these gods and enacting in their lives the principles that Isis and Osiris represent.Worth reading 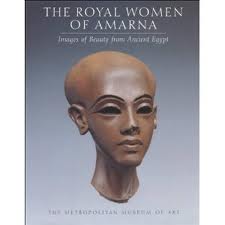 During a brief seventeen-year reign (ca. 1353-1336 B.C.) the pharaoh Amenhotep IV/Akhenaten, founder of the world’s first known monotheistic religion, devoted his life and the resources of his kingdom to the worship of the Aten (a deity symbolized by the sun disk) and thus profoundly affected history and the history of art. The move to a new capital, Akhentaten/Amarna, brought essential changes in the depictions of royal women. It was in their female imagery, above all, that the artists of Amarna departed from the traditional iconic representations to emphasize the individual, the natural, in a way unprecedented in Egyptian art. A picture of exceptional intimacy emerges from the sculptures and reliefs of the Amarna Period. Akhenaten, his wife Nefertiti, and their six daughters are seen in emotional interdependence even as they participate in cult rituals. The female principle is emphasized in astonishing images: the aging Queen Mother Tiye, the mysterious Kiya, and Nefertiti, whose painted limestone bust in Berlin is the best-known work from ancient Egypt – perhaps from all antiquity. The workshop of the sculptor Thutmose – one of the few artists of the period whose name is known to us – revealed a treasure trove when it was excavated in 1912. An entire creative process is traced through an examination of the work of Thutmose and his assistants, who lived in a highly structured environment. All was left behind when Amarna was abandoned after the death of Akhenaten and the return to religious orthodoxy. This book contains a treasure cache of ancient pictorial data -enjoy.

6. The Oxford History of ancient Egypt 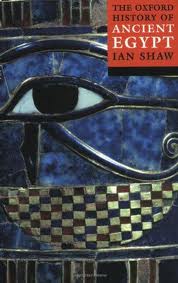 The Oxford History of Ancient Egypt uniquely covers 700,000 years of ancient Egypt from the stone age to the Roman conquest. The story of the ancient Egyptians, from their prehistoric origins to their conquest by the Persians, Greeks, and Romans makes for fascinating reading, with subjects ranging from the changing nature of life and death in the Nile valley to some of the earliest masterpieces of art, architecture, and literature in the ancient world. An international team of experts in the field address the issues surrounding this distinctive culture, vividly relating the rise and fall of ruling dynasties, exploring colourful personalities, and uncovering surprising facts, such as the revelation that Scotland Yard possesses a print taken from the hand of a mummy. A well-rounded picture of an intriguing civilization emerges. An excellent reference book and a definite must for your collection.

“Magic in Ancient Egypt” makes a welcome reappearance in this revised and updated edition. The Egyptians were famous in the ancient world for their knowledge of magic. Religion, medicine, technology and what we would call magic co-existed without apparent conflict, and it was not unusual for magical and ‘practical’ remedies for illness, for example, to be used side by side. Magic was resorted to by everyone, from the pharaoh guarding his country with elaborate magical rituals to the expectant mother wearing amulets to safeguard her unborn child. The book examines the fascinating connections between myth and magic, and the deities such as Bes and Isis who had special magical importance. It discusses the techniques of magic, its practitioners and the surviving magical texts, as well as the objects which were used in magic: figurines, statues, amulets and wands. A chapter is devoted to medicine and magic, and one to magic and the dead. Finally, it shows how elements and influences from Egyptian magic survived in or were taken up by later societies, right up to the 21st century. Just like the original this revised edition is a mind blowing book, which is really hard to put down.

8. The Complete Temples of ancient Egypt 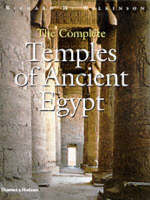 A comprehensive survey of all Egypt’s temples, from Luxor and Karnak It traces the processes of building and decorating, how they functioned, and what happened when they were robbed and desecrated. It also discusses the Egyptian pantheon, (Gods of ancient Egypt) ceremonial rites and festivals. This book will help to fill in a lot of gaps on religion in ancient Egypt and its practises.

9. How to Read Egyptian hieroglyphs

A practical teach-yourself course on ancient Egyptian hieroglyphs for the general reader. In this text, the grammar of ancient Egypt is introduced using the inscriptions found on monuments, with an emphasis on learning to read and translate accurately. A series of 43 exercises accompanies an easy to follow ten-step guide and is supported by a reference section of sign-lists and a short dictionary at the end of the text. Background notes on general topics including gods, royal dynasties and principal sites aim to help the reader to understand the historical concept.This is so easy any ancientegyptamaniac can do it.  Read the book and do the exercises and before you know it you will be reading hieroglyphs from ancient monuments. 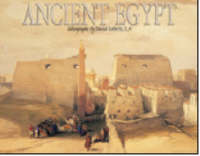 This collection of David Roberts paintings  are like a time capsule as they will enable the reader to go back in time during the 19th Century and visit some of the familiar ancient Egyptian sites. This book also shows you the amazing transformation some of the monumental scenes have undergone overtime.
Breathtaking details.  Definiently a book to cherish.